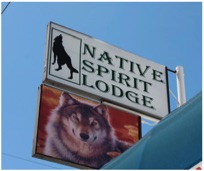 Wedding Vases were widely used by many Indian tribes in America. Many believed that as part of the ancient marriage ceremony the medicine man would prepare a special potion for the young lovers. The mixture signified the promise of deep love and eternal happiness for the couple. The Brave and Maiden then sealed the promise by drinking simultaneously from the vase, each using one spout. Wedding vases thus became a symbol of happiness and remain so to this day.